ADAPMI was established in November 2003 and has gradually established itself in the regions through its delegations (Central, Central West, Central East, East, Sahel, South-West
The Association for Assistance for Infectious Diseases is an association law 064, decorated with the National Order of Merit with "youth and sport" staple, established in 6 regions of the national territory with 6 delegations (Centre, Central-West, Sahel, Central East, East, Southwest) coordinated by its national headquarters, and led by many volunteers and professionals.
ADAPMI's voluntary and professional actors contribute to the lack of reckless and unconscionable risk-taking for the pursuit of pleasure and social connection, well-being and relief unacceptable loss of life or freedom.
ADAPMI is headquartered in Ouagadougou, a town in central Burkina Faso that is limited by Mali to the north and west, Niger to the east, Benin to the southeast, Togo and Ghana to the south and Côte d'Ivoire to the southwest.
Read more
Share 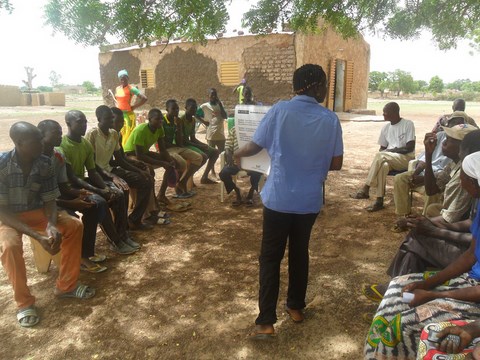 A review of our business